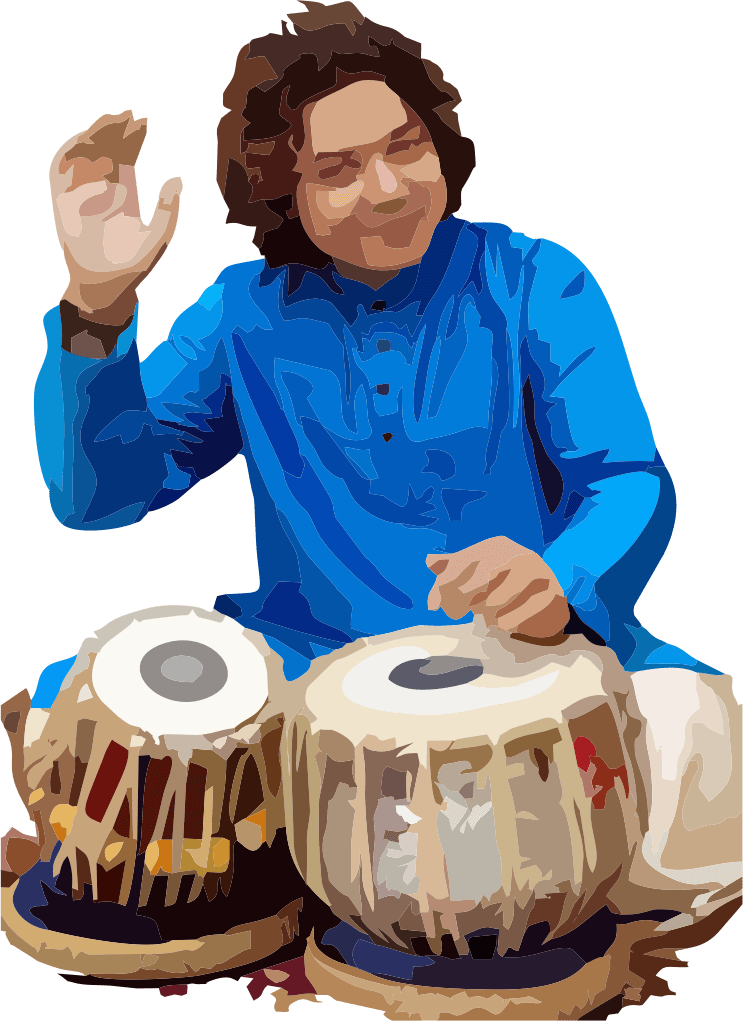 Tabla is the Maharaja of all the musical instruments with a royal background. A percussion instrument originating from the Indian subcontinent, consisting of a pair of drums, used in traditional, classical, popular and folk music. It has been a particularly important instrument in Hindustani classical music since the 18th century. Tabla becomes the base instrument for Indian Classical Music as it is the rhythm for any Shastriya (Classical) or Sugam (Light Classical) form of singing.

Tabla or also known as The Indian Drums is one of the main instruments in Indian Classical Vocal singing. It is also used in several other styles of singing also like Bhajans, Kirtans and also in Qawalli singing. The playing technique is complex and involves extensive use of the fingers and palms in various configurations to create a wide variety of different sounds and rhythms, reflected in mnemonic syllables (bol). In the Hindustani style tabla is played in two ways: band bol and khula bol. In the sense of classical music it is termed "tali" and "khali".

Tabla has a light and sweet sound. Therefore it is well suited for accompanying kheyal, thumri and other soft instruments like sitar and sarod. Dayan can be tuned accurately, but bayan has an infinite pitch. It can be tuned accurately to an octave lower than tabla. The drums are kept erect on the ground and played with the fingers. Sound is produced by striking the center with full hand or the tip of fingers and press the bass of the palm towards simultaneously sliding it over the drum head. Tabla has a highly developed technique of playing. This instrument is capable of producing almost all the patterns of rhythms that a musician can conceive of. Tabla is used as an instrument to control rhythm and tempo of musical notes being played. Secondly, when Tabla is played as a main instrument, another 'note' instrument (such as Harmonium), is used to control the performance's rhythm and tempo.

Tabla lessons and Tabla classes in Gurgaon at Pt. Bhimsen Joshi Sangeet Academy’s “Swar Kala Sangam” are designed to meet the specific goals of each student. In Tabla Classes in Gurgaon, we teach all styles of music including (but not limited to) classical, semi classical and thekas required for bhajans and folk and many other styles from time to time. Also, there is a special emphasis on Development of “Ear training” is an integral part of the program. We feel that offering so many genres encourages our students to pursue the music that they are interested in. We believe taking this approach makes the learning experience more exciting and fulfilling for students.